Contact Us for Wholesale Orders.
Close
Open the top bar 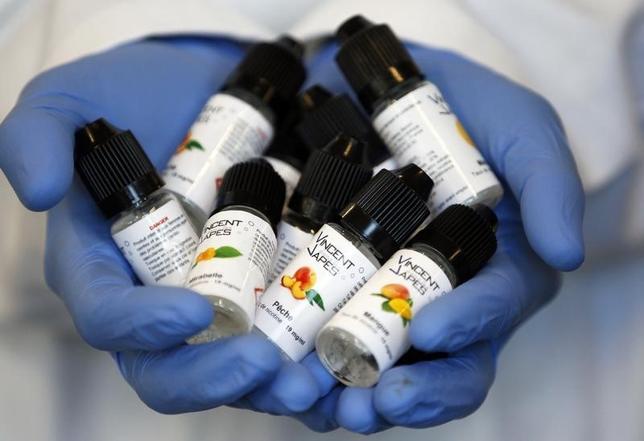 The attorneys general in a letter on Tuesday urged the health regulator to take immediate action to stem the increasing incidence of liquid nicotine poisoning among children. (on.ny.gov/1VpLf3n)

The news comes more than three months after New York fined four makers of liquid nicotine used in electronic cigarettes over packaging that was too easy for children to open, in violation of a law enacted in 2014. (reut.rs/1GHvOyK)

More than 3,700 children exposed to liquid nicotine were reported at poison control centers in 2014, a sharp increase from previous years, according to the American Association of Poison Control Centers.

The cases reported included half of those related to poisoning of children under the age of five along with an 18-month-old toddler in New York who died after ingesting liquid nicotine.

The letter cited a survey in which 87 percent of adult respondents supported FDA requirements for child-resistant packaging for all e-cigarettes and liquid nicotine refills.

The e-cigarette industry has seen an increase in demand from young people and this increased usage has resulted in accidental poisonings from exposure to liquid nicotine.

Liquid nicotine comprises nicotine, which is extracted from tobacco and added with chemical additives. It is used in electronic cigarettes, which convert the liquid nicotine to a vapor inhaled by the user.

“Given the growing popularity of ‘tank’-style vaping devices, which require periodic refilling with liquid nicotine, public health threats from nicotine exposure will increase in the absence of appropriate FDA regulation,” the letter said

E-Cigarettes are Becoming a ‘Lifestyle’ Accessory

How to Add Space for E-Cigarettes

The Benefits of Quitting

Back to top
We use cookies to ensure that we give you the best experience on our website. If you continue to use this site we will assume that you are happy with it.
OK, Got it
Select the fields to be shown. Others will be hidden. Drag and drop to rearrange the order.
Click outside to hide the compare bar
Compare
Compare ×
Let's Compare! Continue shopping
Skip to content